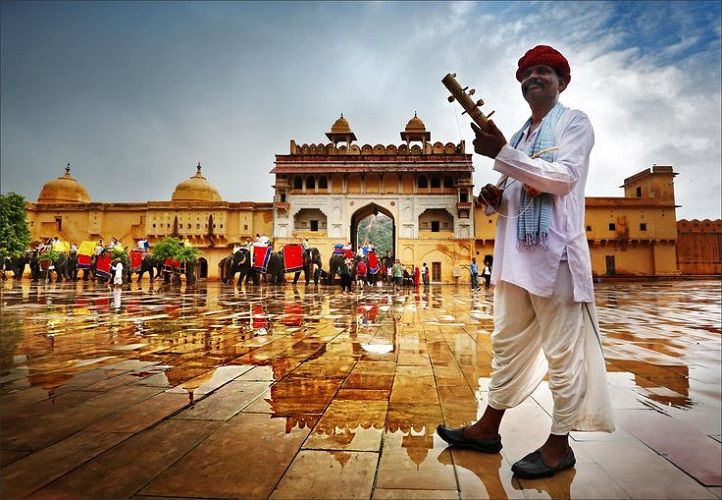 The Jaipur Sightseeing tour will begin with your pick up from the hotel/accommodation (directed as per client’s convenience) where our representative meets you with the chauffeur driven well maintained car. 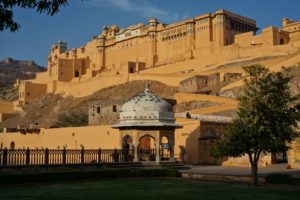 In the early morning hours you will be taken to the Amer Fort where you will reach the entrance gate of the fort with a grandeur elephant safari. The Amer Fort is the major tourist attraction for its amazing Sheesh Mahal (Mirror Palace), Dewan-e-Aam & Dewan-e-Khass (Hall for Public and Private Audience respectively). 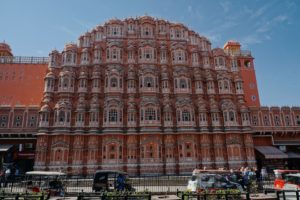 Palace of winds is located inside the walled area which is a UNESCO Heritage Site made up using Red Sand Stone exclusively for the ladies of royal house. This palace is consturcted in such a way where it gives a look like of a peacock which is associated with the one of the favorite belonging of Lord Krishna. 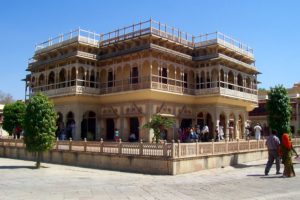 Royal family of Jaipur and predecessors of Maharaja Sawai Man Singh live in City Place in one part known as Chandra Mahal and rest of the palace is open for general public. Inside the palace its gardens, hallways, wall painting and motif work on windows and pillars leaves its onlookers awestruck.

Post lunch you will be taken to the Jantar Mantar located in the compound of City palace which is built by Raja Sawai Jai Singh in late 16th century. This is basically an astronomical laboratory for finding and ascertaining directions & seasonal fluctuations. This particular monument is of major interest among all age groups and with contrast to that; Birla Planetarium is the contemporary monument showcasing planetary science.

The Albert Hall was later converted into museum where it was constructed for using it for the purpose of showcasing craftsmanship work prepared by local artisans. This monument is decorated with amazing Persian, Mughal, Indo-Islamic and Rajputana art work that can be seen on woodwork and various other exhibits.