India, or the official Republic of India, is a country in South Asia. It is the second largest country in the world, with a population of 1,352,142,280 (2018 estimate) and the seventh largest in area with 3,287,590 km². It stretches between the Himalayan Mountains and the Indian Ocean from which it is located in the south, southwest and southeast. Bordering east with Bangladesh and Burma, north with China and Bhutanese states, Nepal, northwest with Pakistan, while west of the Arabian Sea and south, southeast of the Indian Ocean and Bengal Bay.

India, throughout history, has been a cradle and crossroads of many important cultures and religions. During the 18th century he gradually succumbed to the United Kingdom, while in 1947 it gained independence after a generalized self-determination struggle characterized by non-violent reactions.

Today, India is one of the fastest growing economies, although poverty remains a strong social phenomenon. The name India comes from the name of the Indus River, which in turn comes from the ancient Persian word Hindu, or from Sanskrit Schinto. Ancient Greeks used the term Indians, referring to people from the Indo River. The Constitution of modern India recognizes the word Barat as the official name of the country, which is also used in the daily routine of several languages ​​in the country. The name Barat comes from the mythical king Barata of Indian mythology. The word Hindustan, originally a Persian expression, meaning the country of the Indians.

Contact us for: top India trips or top tour package of India 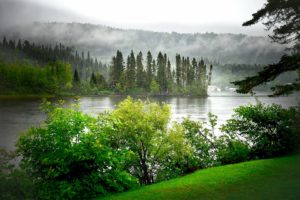 The Indus Valley civilization saw its genesis around 2500 BC in the holy land now known as India. The Dravidians most likely inhabited the Indus River Valley, and their descendants later migrated to the southern India. By the second millennium BC, the migration of the bucolic Aryan tribes from the northwest frontier into the Asian subcontinent gradually merged with their antecedent cultures to create a new foundation, a milieu in which predominant cultures could thrive.

The Mughal dynasty, alternatively known as Mogul and Mongol, ruled most of northern India from the early 16th to the mid-18th century, after which it continued to exist as a considerably reduced and increasingly powerless entity until the mid-19th century.

The Mughal dynasty rose to prominence with effective administrative rule over much of India for more than two centuries, and through seven generations that boasting a legacy of unusual talent and efficacy. The Mughals, who were Muslims, also integrated the Hindu population into a united, and much stronger, Indian state.

Once India began its notable rise in power, European economies, particularly Britain, felt somewhat threatened by the Moghul emperors in Delhi. To advance their commercial interests, both the French and the English East India Companies offered military support — and influence — in dynastic struggles within powerful Indian states in order to open new markets.

A historian once cracked that the British Empire grew in a “fit of absence of mind.”  India, which gradually fell to British rule, illustrates the point well as the efforts of the British East Indies Company — a vast trading empire all its own — worked far more than those of the British government to secure the new acquisition.

However, circumstances thwarted these peaceful intentions, and for more than two centuries the British found themselves more and more in the role of conquerors and governors than traders.

As we all know, the result of the British in India contributed enormously to both Great Britain and the world at large in every respect imaginable. Such English words as bungalow, verandah, punch, dungarees, and pajamas, such customs as smoking cigars, playing polo, and taking showers, as well as more profound influences in the realms of religion and philosophy stand out as familiar terms to everyone whether or not they understand the source.

In 1920, a new leader — Mahatma Gandhi — emerged as the voice of the Indian National Congress. Educated in both traditional Indian culture and British schools, Gandhi developed very effective nonviolent tactics of resistance while protesting unfair or abusive British policies. The British, not wanting to risk bad publicity and/or a violent reaction, gave in to Gandhi time after time.

At the end of World War II, Britain promised independence for India. Unfortunately, this revived the issue of creating one large Hindu-dominated state, or a separate Muslim state in the north, leading to violent clashes between Hindus and Muslims.

In 1947, Britain partitioned the region between Hindu India in the south and Muslim Pakistan in the northwest. The latter also controlled a separate territory called Bangladesh in the northeast. Despite Gandhi’s heroic efforts to keep the peace, one of Gandhi’s own followers assassinated him in 1947.

Having fought three wars since British independence, today, India and Pakistan are at peace and share linguistic, cultural, geographic, and economic ties; however their relationship has been plagued by resentment and suspicion.

India, on its part, has successfully established a vibrant democracy and looks forward to an exciting and promising future. More than a billion people now live in the world’s largest democracy that’s remained democratic for more than fifty years, reaffirming their faith time and again in the principles of freedom. 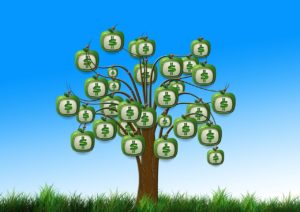 The country’s constitution is a federal republic. The Head of State is the President of the Republic, elected by the special electorate (consisting of members of parliament) for a five-year, renewable term. In the most recent elections, on July 19, 2012, President Pranab Mourtzi was elected president, whose oath was held on July 25th. Parliament or Sansad is a two-sided and consists of the Council of States (Rajya Sabha), which is a body composed of about 250 members, 12 of whom are appointed by the president, while the rest are elected by the elected members of the state and (Lok Sabha, with 545 seats – 543 elected for five years by the people and 2 by the chairman). 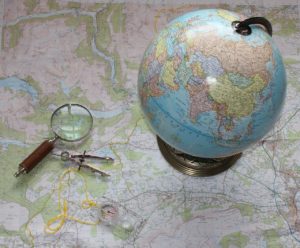 The country is divided into three main natural districts: The northern large mountain wall, consisting mainly of the Himalayas and its ramparts, the large low plain that lies south of the mountain wall and flows through the great rivers of Ganges, Indian is called Indo-Gangical) and Brahmaputra, and the southern large plateau called Dekkhan and ends at Cape Koromin, the southernmost of India. Sri Lanka (former Ceylon) and some small islands that extend deep into the Indian Ocean are a geological continuation of the Indian peninsula.

In addition to its high mountainous areas, India receives the effect of tropical heat at an average annual temperature of 24-28 ° C. Its climate is affected by annual wind monsoon (muon). We can distinguish mainly 3 seasons: mild and without many winter rains, warm and dry spring and wet, tropical summer. Delaying rain often destroys crops and causes group deaths from hunger. The crop is destroyed many times due to torrential rains that cause great floods. The vegetation of India looks like the African. In Indian forests there is a wide variety of tropical plants and animals. 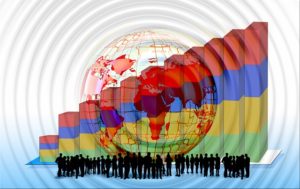 India is the second largest country in the world, after China, with an estimated population of nearly 1.35 billion. The last fifty years have seen a strong population increase, which is attributed to improving medicine and intensifying agriculture. The consequence of this progress is the 11-fold increase in the urban population of India in the 21st century, while enhancing urbanism. 35 cities in the country surpassed in 2018 one million inhabitants, while the largest have a population of more than 10 million, such as Mumbai, Delhi and Kolkata. But 70% of all Hindu people remain rural. India has the world’s greatest diversity in terms of culture, language and racial characteristics of its inhabitants, compared to these areas only with the whole of Africa. Two of the main linguistic families of the Indians: the Indo-Aryan family (with 74% of the population) and Dravidian (24% of the population). Other languages ​​of India come from the Austro-Asian and Tibetan-Burmese families.

In terms of religion and according to the 2001 census, more than 800 million Indians (80.5% of the population) are Hindus, while other religious groups are Muslims (13.4%), Christians (2.3% , the Sikh (1.9%), the Buddhists, the Jews, the Zoroastra, etc. The Indians are tribal in the “white” world of Asia. They are a very intriguing formula. Indian characteristics are found in Afghanistan, China, and Indochina, Indonesia etc. Remarkable, though small in quantity, indigenous outpouring is considered to be that of gypsies.

India covers 3,200,000 square kilometers and has a population of 1,143,040,000. It is a democracy, with New Delhi capital with 11,600,000 inhabitants. Other major cities are Mumbai, an industrial city and a harbor for exporting cotton, Calcutta, a branch of the Ganges and Vrachaputra River Delta (a site that makes it a seaport and riverside port, important for the export of jute, rice and other Indian products), Madras (Chennai), a commercial harbor, Benares (Varanasi), a holy city for Hindus. Life expectancy for the entire population was estimated to be 69.59 years (67.28 years for men and 72.17 for women).

Contact us for best India tour Package of India