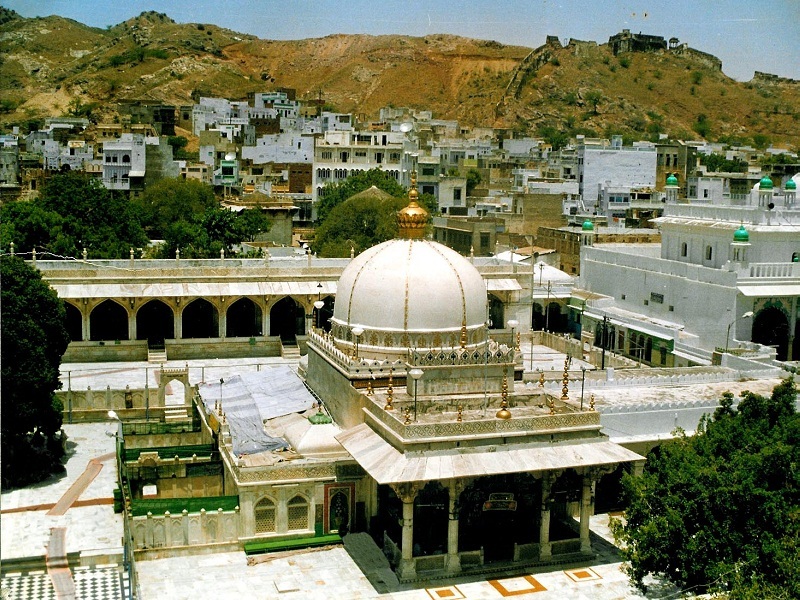 Ajmer History
The town of Ajmer was founded by Ajay Pal Chauhan in the 7th century. He established Chauhan dynasty. His sovereignty continued to rule the city until the famous romantic courteous valiant King Prithvi Raj Chauhan finally lost the city to Mohammad Ghauri, the founder of Delhi Sultanate, in 1193. After paying heavy tribute to conquerors, the city was handed over the Chauhan rulers. The town of Ajmer was captured by the ruler of Mewar in 1365. Later the city of Ajmer became a cause of controversy between the maharajah of Mewar and Marwar. Finally Ajmer was conquered by the ruler of Marwar in 1532. In 1559 Ajmer was conquered by Mughal emperor Akbar – the great.  Ajmer has seen several attacks by several dynasties. It was also ruled by Marathas. In 1818 it was sold by Marathas to British for 50000 rupees. The British founded the famous Mayo College, a prestigious school, in 1875. Ajmer was also associated with a great Sufi Saint Khwaja Moinuddin Chisti who came to Ajmer from Persia at the end of 12th century. 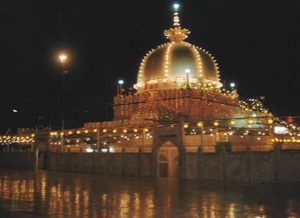 Ajmer as a Travel Destination
Ajmer, as a travel destination, is very famous in the state of Rajasthan, India. The city of Ajmer is well-known destination and famous as a pilgrim centre. There is Dargah (tomb) of the famous Sufi Saint Hazrat Khwaja Moinuddin Hasan Chisti in the city. Dargah is the major attraction of Ajmer. It is very popular pilgrim centre of Muslim community. But the Dargah is revered by Muslims as well as Hindus. Travelers from far and far come to Ajmer for paying a visit and offer prayers to the Dargah. On the death anniversary of the great Saint millions of pilgrims come here. Apart from Dargah the city of Ajmer is also dotted with several worth visiting attractions which shows the rich cultural heritage of Ajmer. The city of Ajmer is also known for its intricate & exquisite handicrafts. Shopping in Ajmer is full of fun. In the shop of Ajmer you can find a range of products like exquisite handicrafts, beautiful Rajasthani jewellery, antiques, tie & die fabrics, trinkets, embroidered footwear, etc.

Ajmer Attractions
The holy city of Ajmer is predominantly famous for its Dargah or Tomb of Great Sufi Saint Khwaja Moinuddin Chisti. While you will in Ajmer you will also see Ana Sagar Lake and Daulat Bagh. You will also see an imposing fort which was built by Mughal Emperor Akbar – the great. You will also see government museum. Nasiyan Red Jain Temple (built in 19th century); Mayo College, Adhai-Din-Ka-Jhopra, Shahjahan’s Mosque, and Taragarh Fort are also worth paying a visit.

How to Reach Ajmer
By Air: The nearest airport to Ajmer is in Jaipur, the capital of Rajasthan, India.