Situated in the state of Punjab, Rajasthan, India, Amritsar is popular tourist destination. The city is famous for its religious significance. It is the famous pilgrim centre of Sikhs community. The major attraction of Amritsar city is its Golden Temple, the most holy shrine of Sikhs. You will surely marvel to visit the Golden Temple. Its beautiful structure is worth visiting. This beautiful temple was built by Maharajah Ranjit Singh. The temple is displays an exquisite inlay works. Apart from religious significance the city is also known for its historic past. This is the place where historic and dreadful Jaliawala Bagh incident was done by British.
Today, Amritsar is not only famous for its religious significance and historic past but also for its small & large scale industries. White you will travel in Amritsar you will have an opportunity to see its various industries such as, paint industry, textile industry, machine tools, fan industry and more. The industries of Amritsar play a major role in the economically growth of the country. 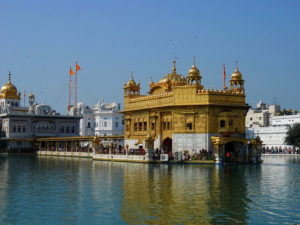 Attractions of Amritsar
Golden Temple: The main attraction of Amritsar city is Golden Temple. It is the most popular and sacred shrine of Sikhs. Displaying exquisite inlay work this temple was built by Maharajah Ranjit Singh. Guru Granth (the holy book of Sikhs) is the major attraction of this temple. The temple is equally revered by Sikhs as well as Hindus. 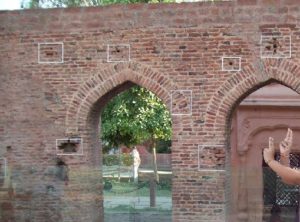 Jaliawala Bagh and Rambagh are the other attractions of the city. Jaliawala Bagh is the place where historic and tragic Jaliawala Bagh incident happened on 13th April, 1919. During this incident several innocent people were shot dead by British General Dyer. Rambagh is a breathtakingly beautiful garden. The garden houses a summer palace of former Maharajah Ranjit Singh.

How to Reach Amritsar
By Air: Amritsar is has its own domestic and international airport.

By Train: The holy city of Amritsar is well-connected by train all the major cities of India like Bhopal, Patna, Mumbai, Delhi, Kolkata, Jaipur, Lucknow, Baroda, etc.

By Road: Amritsar is well-connected by surface from all the major cities of North India.